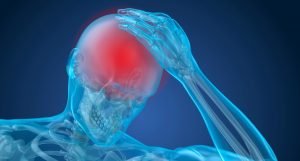 Post Traumatic tinnitus refers to tinnitus caused by trauma. Causes of post-traumatic tinnitus might include head injuries, concussion, tinnitus incurred from brain damage, neck injury or tinnitus after surgery. Tinnitus of this nature is referred to as  'trauma associated tinnitus'.

There are a number of different types of trauma which can impact us negatively however the main causes of post-traumatic tinnitus are listed below.

Blasts from an explosion are the leading cause of traumatic brain injury (TBI) in military service men and women. Post-Traumatic Stress Disorder (PTSD) is also a common side affect of TBI. Head or neck trauma can affect blood flow, auditory nerves, the inner ear and auditory pathway. This is the part of the brain linked to your hearing function. Traumatic brain injury is often accompanied by the onset of tinnitus.

Injuries of this kind can affect one or both ears. Many patients who have experienced head trauma may only suffer tinnitus symptoms for a temporary period however the affects can be long term. Tinnitus can be ringing, buzzing or another new type of sound. It can also be constant or intermittent.

Tinnitus related to head or neck injuries if often called somatic tinnitus which means that it is ‘of the body’. Injuries of this type that lead to tinnitus are often reported as having a higher tinnitus volume than other causes of Tinnitus, a greater variability in sound frequency and location. A high number of patients with tinnitus caused by TBI also report hyperacusis.  Depression, fatigue and headaches are often symptomatic of TBI and tinnitus.

Temporary tinnitus is quite common following even a mild concussion. Concussion occurs after a blow on the head, a violent shock or heavy blow. It is quite common in many contact sports or as a result of an accident or car crash. Concussion might render a person temporarily unconsciousness and cause confusion. Trauma to the neck or skull can damage the skull, jaw and facial bones as well as blood vessels. This can damage our hearing function.

Tinnitus can also manifest after surgery or a routine medical procedure. Patients might experience tinnitus following ear syringing or after major surgery. Having surgery can be traumatic for the mind and the body resulting in temporary tinnitus or more longer term tinnitus.

Brain damage or skull fractures can cause trauma to our hearing function. Blunt force trauma to the head or neck can damage our hearing function as well as surrounding blood vessels and bones related to hearing. This can include the jaw, facial bones, skull and neck. Brain damage can also disrupt our autonomic nervous system putting us into a state of shock which can contribute to tinnitus symptoms.

Combat trauma is usually shocking and accompanied by hearing loss caused by excessive noise exposure. It also evokes strong emotions. Having PTSD caused by shock trauma as well as tinnitus can ramp up the symptoms of both. This is because both use the same physiological response mechanisms.

Tinnitus can be caused by anything that overwhelms us. This could be a little t trauma which might be particularly stressful. Examples include moving house, giving birth, loss of a loved one or losing a job.