PTSD stand for Post Traumatic Stress Disorder. It describes a trauma and stress related disorder following exposure to a traumatic event. Although PTSD is classed as a disorder it is worth remembering that PTSD is a normal response to abnormal events.

Most people have heard of PTSD in relation to the military or service personal involved in combat. PTSD symptoms also occur in civilian life as well as in combat. PTSD is the acronym used today for mid-term or longer lasting trauma symptoms. It used to be referred to as 'shell shock' or 'combat fatigue' in a military context.

Circumstances Which Could Cause PTSD Symptoms

Please Get In touch For EMDR Therapy 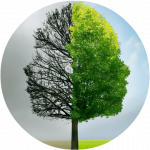