Complex Post Traumatic Stress Disorder (C-PTSD) was recognised as having its own classification by the ICD in June 2018. The ICD is the International Classification of Diseases. The definition of Complex Trauma or Complex Post Traumatic Stress is a 'psychological disorder which can develop in response to repeated or prolonged experience of interpersonal trauma where the individual involved has little or no chance of escape.'

What is the Difference between PTSD and Complex PTSD?

Post-Traumatic Stress Disorder (PTSD) describes a set of somatic and cognitive defence mechanisms which can manifest following a traumatic event or events. Complex Post Traumatic Stress Disorder Symptoms (C-PTSD) are more complex because they might involve a series of traumatic incidents which occurred over a period of time where a person is unable to escape physically or emotionally. Complex PTSD might also be characterised as trauma that has occurred in the context of a relationship - something that has happened or did not happen (e.g. neglect) to the client that has caused him or her harm (Parnell L, 2013). Relational trauma which might causes PTSD may have taken place during childhood and early life development. Childhood trauma is often defined as complex because it can interfere with a child’s normal development. A child’s psyche develops in response to ongoing trauma meaning they might have an unstable internal working model. Flashbacks and C-PTSD symptoms can be particularly intense. Examples of circumstances which can cause complex trauma might include emotional abuse, sexual or physical abuse or neglect.

There are a number of different situations and circumstances which can contribute to the likelihood of developing Complex Post Traumatic Stress Disorder (C-PTSD) symptoms. Symptoms can manifest whilst trauma is occurring, a short time after trauma or many months or years later. Possible causes of C-PTSD might include: 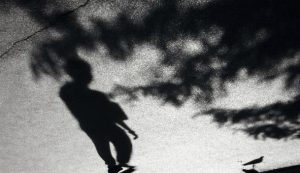 We might experience difficulties in early life which might involve being mistreated, family violence, abuse or detachment from a primary caregiver. In some cases it is the child’s primary caregiver that is responsible for the trauma that the child experiences. This can lead to developmental trauma. Repeated traumatic experiences in childhood can lead to difficulties in the following areas. 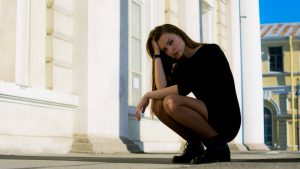 Adults with Complex Post Traumatic Stress Disorder may have experienced trauma in childhood and or in adulthood. Childhood trauma can cause difficulties in relation to development and sense of self. This especially true if the trauma is caused by a primary caregiver or someone a child has a significant attachment to. As a result of these difficulties Complex Post Traumatic Stress Disorder symptoms might be experienced in adulthood.

Difficulties with emotional regulation, affect regulation and impulse control. Emotions might be experienced as strong, intense and unmanageable as if they have taken over or not really experienced at all because of emotional numbing. Preoccupation with suicide and self-injury. One might also pendulate between explosive or inhibited anger.

You might experience core PTSD symptoms including intrusive memories and dreams, flashbacks, alteration in cognitions and moods, and hyper-arousal. You might also develop avoidance behaviours to avoid difficult thoughts and feelings relating to the trauma or view of self. You might also experience gaps in traumatic memories (amnesia), dissociation and depersonalisation.

Conflicting thoughts and feelings regarding your sense of self. Having feelings of helplessness, shame, guilt and self- blame. finding it difficult to find compassion for yourself. Also feeling unsafe, alone or different from other people. Also having difficulty taking the initiative and finding direction or meaning in life.

Alterations in relation to others

You might project attributes onto a perpetrator which are not warranted or a true reflection of who they are. Examples might include: having total power or they might be idealised so that you take on their belief system. You might also experience paradoxical gratitude or sense of a special or supernatural relationship with a perpetrator. Alternatively you might also ruminate on ways of enacting revenge on a perpetrator.

Difficulties with intimacy and interpersonal relationships

You might experience difficulties in interpersonal relationships which might manifest as difficulties putting up boundaries or building trust or showing compassion for others. You may also use safety behaviours which involve cutting yourself off from friends or family by isolating yourself.

Experiencing psychological distress as body based physical symptoms. These might manifest as unexplained feelings of anxiety or physical symptoms of headaches, chest pain, dizziness, nausea and stomach aches.

You may feel in a state of unease or generalised dissatisfaction with life or feel as if you have lost your faith in the world, one’s place in the world or experience feelings of hopelessness and despair.

Engaging in high risk behaviour involving self and others. Examples might include: self-harm, drug abuse, alcohol misuse or high-risk sexual activity

Healing from Complex PTSD or complex trauma takes time and a commitment to oneself to allow space for that healing. Psychotherapy is one of the best ways to help yourself if you feel you are suffering from complex PTSD symptoms.

We use cookies to ensure that we give you the best experience on our website. If you continue to use this site we will assume that you are happy with it.Ok